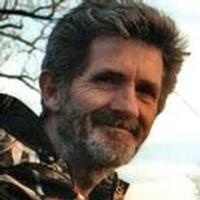 William O. "Bill" Russell, age 68, of Linn, passed away Wednesday, July 16, 2014 at his residence surrounded by his loving family.

Bill graduated from Berkley High School in St Louis. Bill served his country as a Sergeant in the US Air Force during Vietnam.

Bill was the owner of Missouri Wi-Fi in Linn.

In addition to his wife Doris, Bill is survived by: one son, William A. "Bill" Russell and his wife Dana of Linn; two daughters, Gina Nelsen and her husband Brian of Foristell and Vicki Russell of Washington; one brother, Wayne Russell and his wife Janet of Ft. Meyers, FL; nine grandchildren, Kassandra, Richard, James, Michael, Cole, Anthony, Randy, Jake and Josh.

In addition to his first wife and parents, Bill was preceded in death by twin infant sons and one brother, Joe Russell.

Visitation will be from 2:00 p.m. until 3:00 p.m. on Saturday, July 26, 2014 at Morton Chapel in Linn. Memorial services will follow at 3:00 p.m. with Bill's nephew, Bryan Russell officiating. Burial will be private for the family.

Expressions of sympathy may be made to the American Cancer Society, National Tourette Syndrome Association or to the Hospice Compassus.

To order memorial trees or send flowers to the family in memory of William O. Russell, please visit our flower store.