At Morton Chapel, we are honored to have earned the trust and confidence placed in us by those that we serve. We pledge to offer respectful and dignified professional service, service that a family should expect, service that a family deserves. From the time the first phone call is received, throughout the service and beyond, each staff member at our funeral home contributes in an important way. We are very proud of our staff at Morton Chapel, and hope that you will take the time to learn more about them. 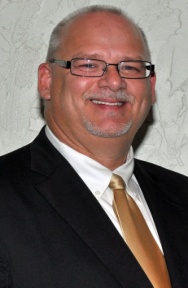 Mike is a native of Poplar Bluff and graduated from Dallas Institute of Mortuary Science in 1983. After working for several funeral homes around the state, Mike settled in Jefferson City in 2002, where he owned and operated the Thomas & Sons Service Company. In 2008, Mike and Pam purchased Morton Chapel in Linn and Chamois. In 2013 Mike and Pam Purchased Sassmann's Chapels in Belle and Bland.

Mike attends St George Catholic Church and is presently the Grand Knight of Linn Knights of Columbus Council 4838, a 4th Degree Knight who serves on the honor guard as well as a member of the Linn Lions Club. Mike is also the President of the Linn Public Cemetery Board and serves as the Osage County Deputy Coroner.

Mike and Pam have two sons, Blake and his wife Jennifer, along with their daughters, Reagan and Lilly who reside in Poplar Bluff. Their other son Preston lives in Des Moines,IA. and attends Des Moines University where he is studying to become a doctor. Mike and Pam also have two cocker spaniels, Quincy and Samantha. 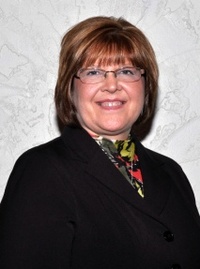 Pam is a native of Marshfield, a small town East of Springfield. She is a graduate of Marshfield High School and received her Bachelor of Science Degree in Business from Webster University in St. Louis.

When Mike and Pam purchased Thomas and Sons Service Company in 2002, Pam was employed with the City of Jefferson as an Accountant in the Finance Department.

Pam is a member of St. George Catholic Church and the Linn Lions Club. She enjoys being a member of the Happy Bookers book club, singing in the church choir and spending time with her first grandchild, Reagan. 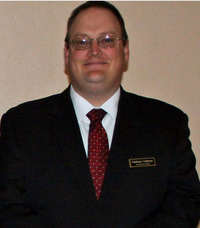 Nathan is a native of Russellville and previously worked for Phillips Funeral Home in Eldon as a Funeral Director. Nathan is a 2000 graduate of Cole County R-1 High School in Russellville and a 2004 graduate of Conception Seminary College in Conception, MO. Nathan enjoys working on the farm and fishing in his spare time. Nathan attends St. George Catholic Church and is a 4th Degree Knights of Columbus 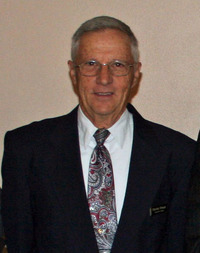 Stanley was born and grew up on a small farm about one mile west of Linn. Except for 2 years at Seminary and 4 year, 8 months in the U. S. Air Force, Stanley has lived his entire life in the west-of-Linn area. High school was completed in two steps. Just over two years at St Thomas Aquinas Preparatory Seminary in Hannibal, MO. Just under two years at Linn High School. Stanley graduated Linn High School in May of 1963. After a few months wait, growing older toward that 18th birthday, Stanley enlisted in the U. S. Air Force and became a Morse Intercept Operator. After basic training and technical training, Stanley moved to Okinawa and served 18 months there. After the overseas tour, Stanley was transferred to Goodfellow AFB, Texas.

About a year later Stanley extended his enlistment another 8 months to qualify for airborne morse intercept duties. This assignment took Stanley to Offutt AFB near Omaha Nebraska with numerous reconnaissance flights all around the world. Two years after separation from the Air Force, Stanley accepted a position in the Communications Division of the Missouri State Highway Patrol. During Stanley's tenure with the Missouri Highway Patrol, Stanley completed an associate's degree in Electronics Technology at Linn Technical College, graduating in 1975. Also while working full time for the Patrol, Stanley completed course material for a BS in Management through study with Tarkio College's off campus program, graduating in 1985. After 27.5 years with the Patrol, Stanley retired to explore other interests. In November 2006 Stanley was elected to a 4 year term as Osage County Clerk. After that duty was completed, Stanley again retired. Stanley’s life now places him at the service of Morton Chapel and all its clients. In May of 2019, Stanley successfully passed his Missouri State Funeral Directors Exam and is now a licensed Funeral Director as well as a licensed Pre-Need Agent. 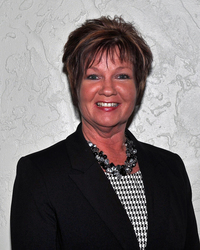 Paula is a lifelong native of the Chamois and Frankenstein communities. Paula is no stranger to the funeral business, having worked for the Morton family in the 1990's.

She is a member of Our Lady Help of Christians Church in Frankenstein, a member of the church choir, St. Ann's Sodality and also a member of St. Mary's Hospital Auxiliary in Jefferson City.

Paula and her husband Don make their home in the Frankenstein area. They have two sons, Curtis and his wife Nicole of Hermann, Missouri, Kevin and his wife Michelle also of Frankenstein along with their two children, Megan and Michael.

A year of daily grief support

Our support in your time of need does not end after the funeral services.  Enter your email below to receive a grief support message from us each day for a year.  You can unsubscribe at any time.